Skip to content
Bern
Bern combines a wonderful wealth of culture, history, leisure, and entertainment. Bern’s quaint old town is framed by limestone buildings and medieval arcades, Renaissance fountains with colorful figures, and a beautiful Cathedral surrounded by picturesque rooftops. This may be the most underrated capital city in Europe.

A Day Out in Bern

I’ve been to Bern twice and would go again tomorrow. In my opinion this is one of the most underrated cities in Europe. Bern has it all – rich history, world class attractions, gorgeous natural beauty, a thriving dining and nightlife, cultural intrigue, and a small walkable city center that makes exploring easy. The city is super clean, not over crowded, and English is widely spoken.

My last trip was in 2018 when I was visiting a friend. My friend lives just a short bike ride from the city center so I was perfectly situated to explore the area. Bern now has ‘e-bikes’ that you can rent which is basically a battery powered pedal assist bicycle. This is such a fun way to bounce around the city, and we did just that. We biked around Bern old town hitting many of the major and minor spots along the way.

We started in the old town with its windy cobblestone streets, covered arcades, and quaint shops. The architecture in the old town is vibrant and unique. Switzerland did not have to endure the kind of carpet bombing that afflicted most of Europe during WW2, and as a result the country has maintained all of its gorgeous historic architecture. Nowhere is this more apparent than walking around the old town. We did the typical things and got a good photo of the old Clock Tower, checked out a couple of the local shops in the long covered arcades (the longest in Europe), and then headed over to the city’s great Cathedral, Bern Munster.

The Bern Münster Cathedral of St. Vincent is the most impressive late-Gothic building in the city and the largest and most important late medieval church in Switzerland. From the highest church tower in Switzerland you will be rewarded with magnificent views over the city and the snow-covered mountains of the Bernese Oberland.

Then we moved over to check out the Bear Park and Rosengarten. They actually have live bears roaming around a hillside in the city center with virtually no cages or major barriers. There’s a pit that separates them from the city but you feel as if they are right there with you. I absolutely love the Bear Park. And nearby is the local Rosengarten, or rose garden. This lovely park is perched high up on a hill overlooking the city with rows of roses bigger than your hand, and even bigger than your head in some cases. A great view and vibrant flowers makes for a peaceful ambiance.

Afterward we went to check out the Einstein and National History Museum. Housed in a great mansion, this two-in-one museum features the national history of Switzerland with many floors of exhibits, as well as the world’s official Einstein Museum. Albert Einstein actually lived in Bern for a period of his life, and it was here that he did much of his legendary work.

After walking and biking around the old town, we headed for some nature. Nature trails surround the city of Bern, and I was lucky enough to be with someone that knew them well. We biked around the river that runs through the city, around the hilly terrain through wooded trails, and then finally up to the largest hill around the city, the Gurten. The Gurten is really a small mountain, and from here you will have gorgeous views of Bern and the surrounding countryside. Let me tell you having those ‘e-bikes’ for this ride up was a godsend. There are easier ways to get up the mountain but walking or biking is the most rewarding as it makes you feel you’ve earned it…even if you cheat a little with pedal assist bikes. 😊

After the long day of sightseeing and exploring, we capped it off with a nice dinner at a local restaurant. This little place called Lotschberg is one of those restaurants that you must try while in Bern. They have the BEST local Swiss dishes, especially famous for raclette. Many of you probably know of the Swiss fondue the country is known for, but I find less people have heard of the even tastier raclette. Raclette is a Swiss prepared cheese dish, but instead of dipping bread into a sauce pan like fondue you receive melted cheese with spices and roasted potatoes….soooo good I can’t even describe it!

We had a great dinner with my friend and two of his buddies, one of which was working for the Swiss Bank so there was much to discuss. It’s these moments that I find are the most memorable that will stay with me for life. Sharing a special moment with new people from different backgrounds and walks of life stays with you far longer than the attractions you visited and the souvenirs you bought. 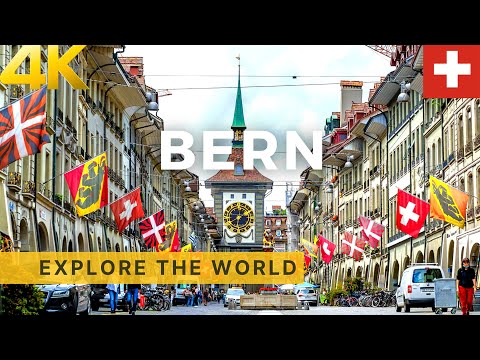 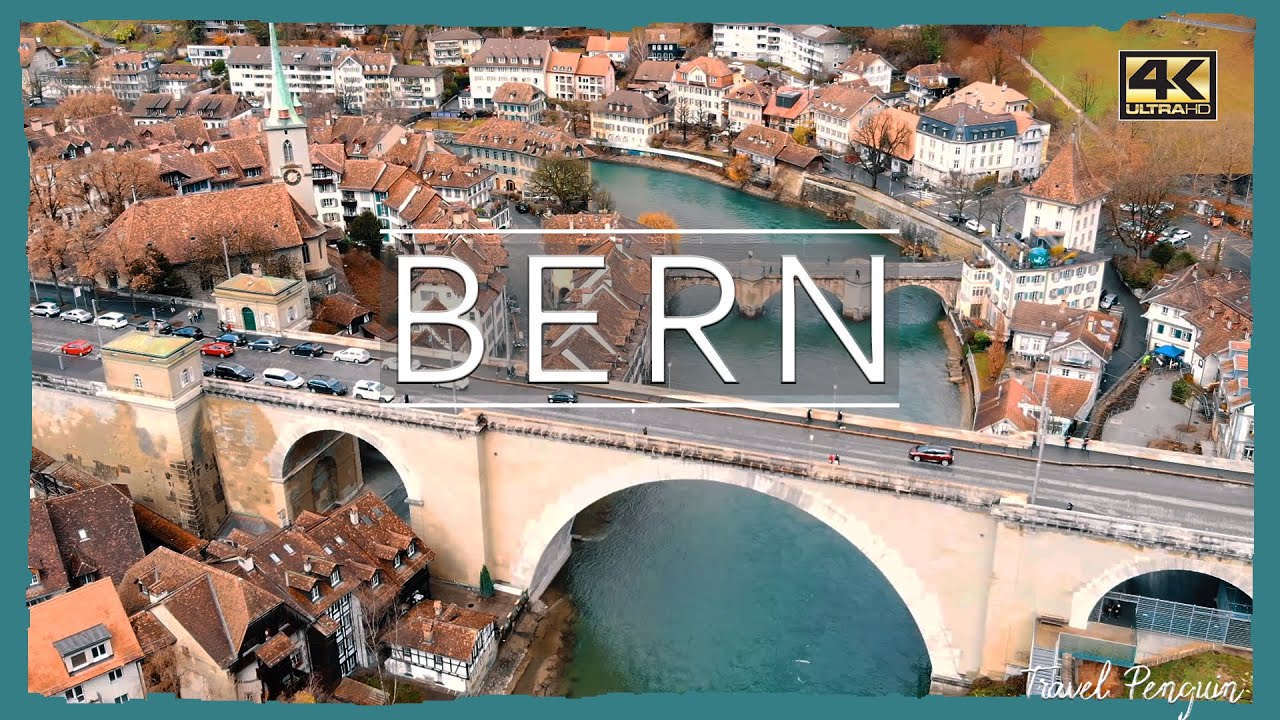 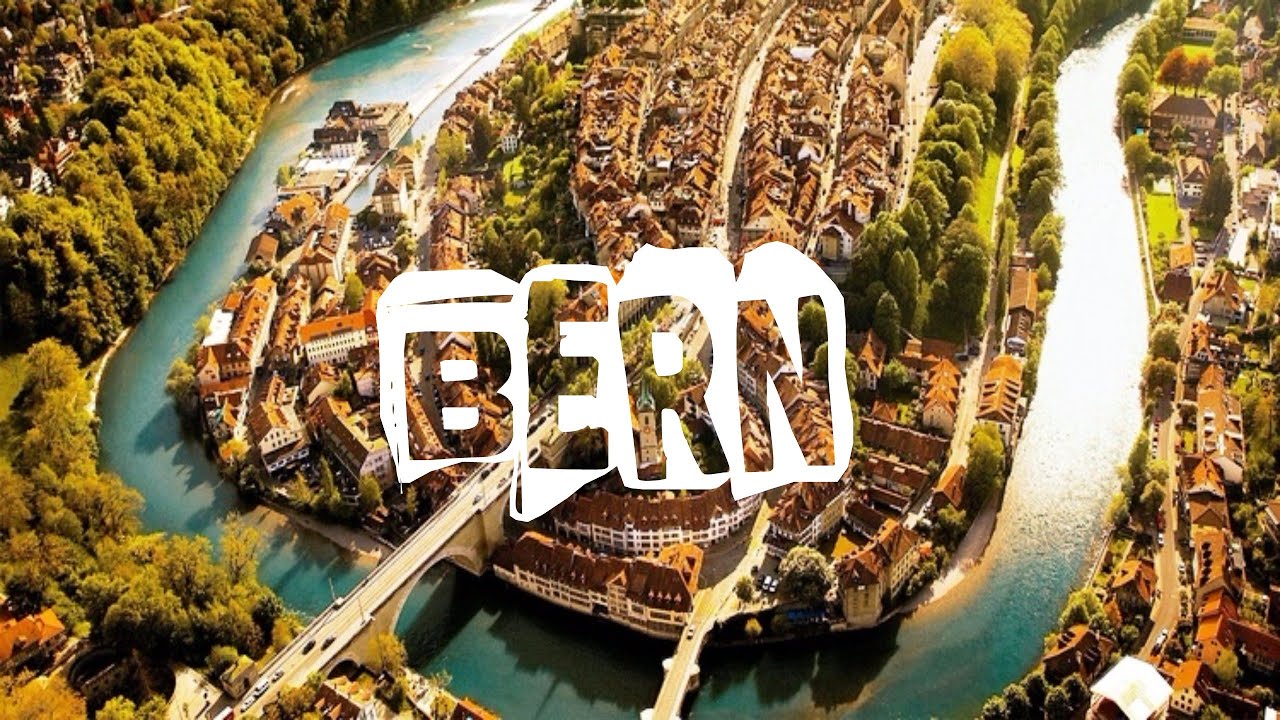 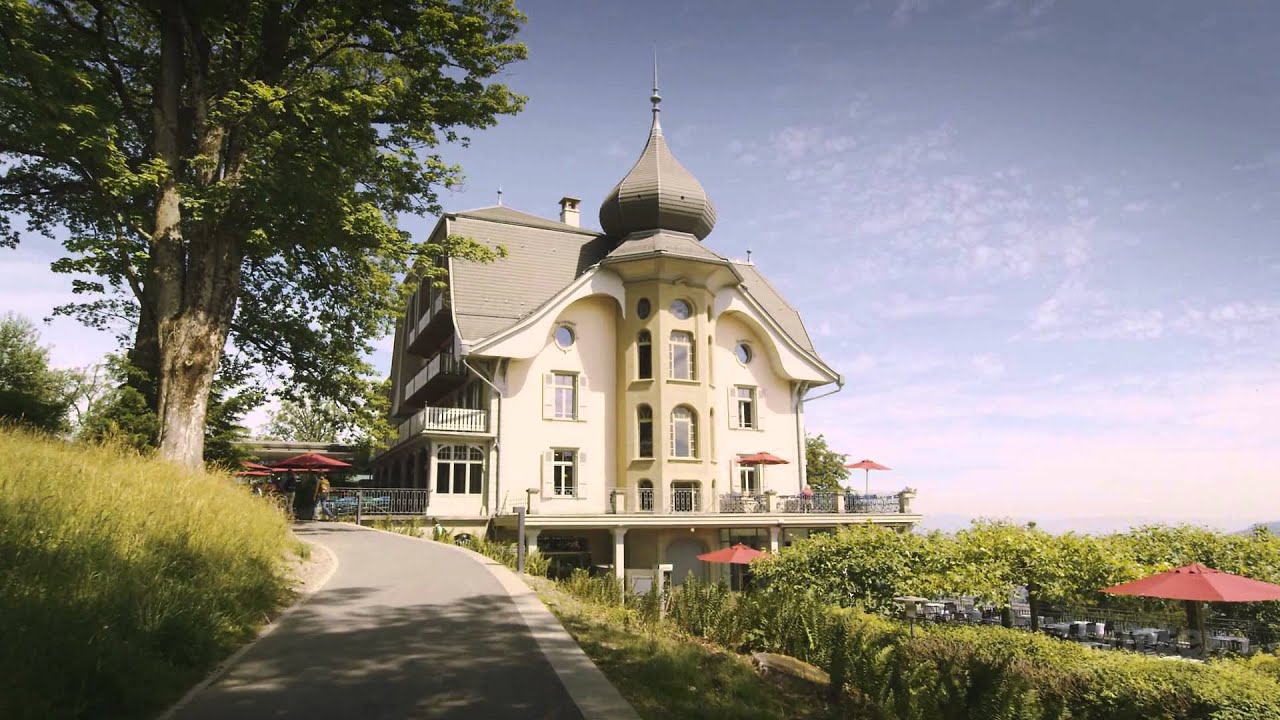 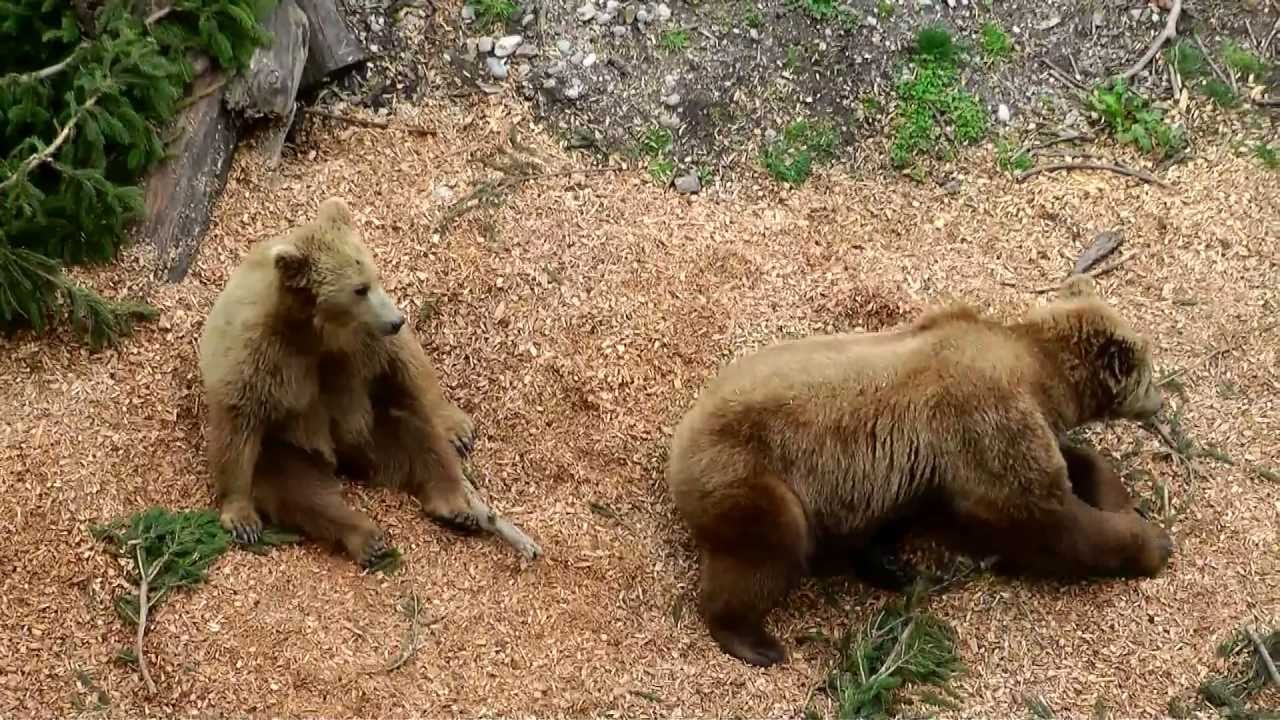 Begin planning your next adventure to Bern.

Where to go for the best views

Climb the 130 worn steps to the Zytglogge’s observation platform, a former women’s prison, which offers great views over the rooftops and towards the Alps.

Climb to the top of Bern Munster:

Take the 344 steps above the entrance to the
lookout point, the 300 ft tall cathedral tower.

Where to watch the sunset over Bern

Hike, bike, or take the local funicular to the top of Bern's local mountain and watch the sunset from the 75 foot viewing tower, either of the two restaurants, or as you simply stroll the beautiful area.

The best way to get around Bern is...

By Foot:
Bern is situated on a peninsula, which means everything is close together and can be reached easily on foot, by tram or bus.

Bike Rental:
Bern also has a fantastic bike rental system that locals and visitors can take advantage of called PubliBike. They have available both normal pedaling bikes and ‘ebikes’ that make biking around the hilly city much easier.

In the old town or within walking distance is where you’ll want to be. The great thing about Bern is it’s relatively small and everything you will want to see is a walk or short bike ride away. The Old Town centers around Bern’s Clock Tower with its cobbled stone streets and charm around every corner.

The Bern Munster Cathedral is one of the most impressive buildings in the city and Switzerland’s largest ecclesiastical building. The three-naved protestant cathedral is of Gothic construction and built of sandstone from the nearby Ostermundingen. Construction began in 1421, under the supervision of Strasbourg master stonemason Matthäus Ensinger, with the tower not completed until 1893.

The Gurten, Bern’s local mountain, is a situated just to the south of Bern center and at over 2800 feet, the summit has gorgeous views of Bern, the Jura mountains, and the Alps. You may hike, bike, or take the local funicular to the top. On the Gurten you’ll find a hotel, 2 restaurants, and a 75 foot viewing tower. ​

Opened in 1934, the Swiss Alpine Museum is dedicated to the nature and culture of the Swiss Alps. The museum presents a portrait of the Swiss Alps that covers their scientific study, history, mapping, and profiles of the major climbers. It even includes a huge model of the Bernese Oberland and a local restaurant where you may relax and take it all in.

Swiss cuisine combines influences from the German, French, and North Italian cuisine. However, it varies greatly from region to region with the language divisions constituting a rough boundary outline.

My favorite place to eat is...

A Jack Baumann favorite, Restaurant Le Lötschberg is a local establishment serving up some of the best cheeses, Swiss food, and wines.