Avignon: Ancient City of the Popes 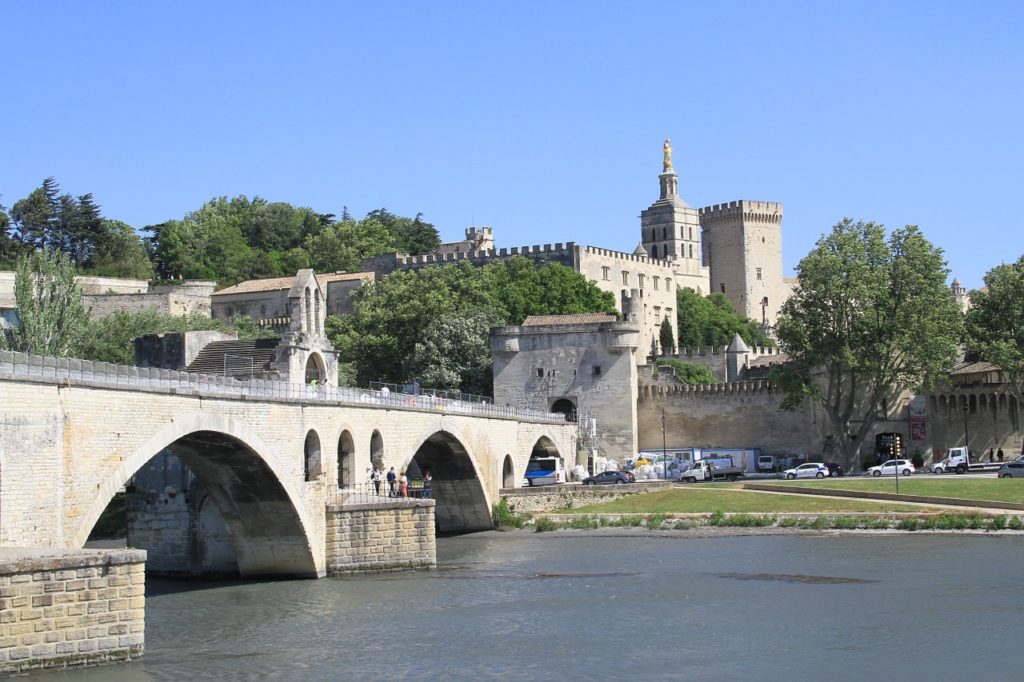 The capital of Christendom in the Middle Ages, Avignon is famous as the city to which the Popes fled when leaving the corruption of Rome in the 14th century. Today, the city is a world class tourist city and well known as a center of art and culture.

At the heart of Avignon, the Place de l’Horloge is lined with shady plane trees and filled with cafés where patrons sit and watch the world go by. There are many important attractions in Avignon, including the Pope’s Palace, now a museum and UNESCO World Heritage Site. 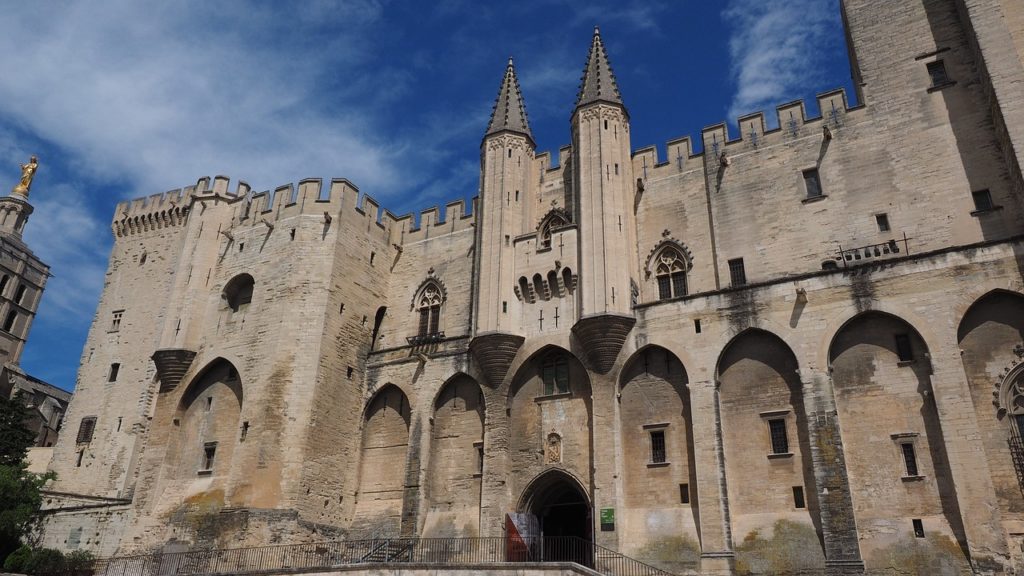 Palace of the Popes

A UNESCO World Heritage Site, the Palais de Papes (Pope’s Palace) was the residence of seven Popes from 1309 to 1377 and is a testament to the wealth and power of Christendom during the Middle Ages. The Palace of the Popes is the biggest Gothic palace in the world. There are 15,000 square meters of living space, which is the equivalent of 4 Gothic cathedrals.

The visitor can see more than 20 rooms in the palace, including the Papal apartments with their priceless frescoes. Each year, the Palace of the Popes welcomes over 560,000 visitors and is among the 10 most-visited monuments in France.

Tip: A new audio-guide is synchronized with 7 films in different rooms throughout the palace.  The audio guide recreates the frescoes and the furnishings as they once were, providing a fun, dynamic way to follow the evolution of the palace. 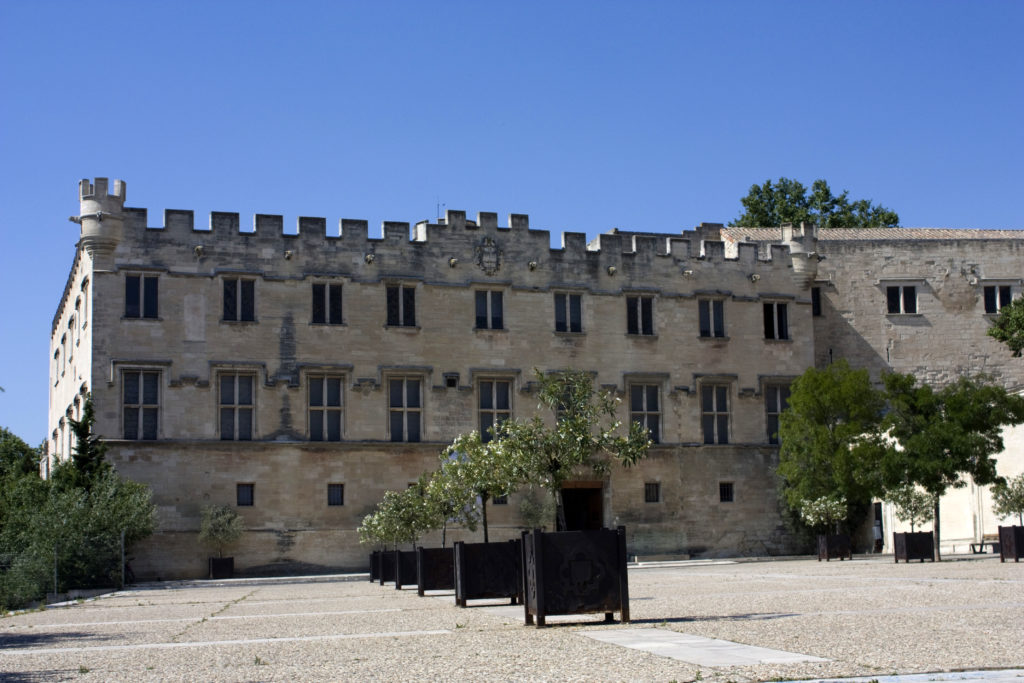 The building dates from the early 14th century and is closely linked to the history of the Church in Avignon. The building was designed as a Gothic fort and has a beautiful courtyard. She then was renovated in the 15th century, which shows the influence of the grand Renaissance.

Discover over 300mItalian paintings from the Campana Collection, acquired by Napoléon III after the collector’s financial woes. The collection includes notable works by Botticelli, Carpaccio, and Bellini. The museum’s most famous piece is Botticelli’s ‘Virgin and Child’ painting. Also displayed is a collection of works by the Avignon School of Painters.

Tip: Check out the tea salon with a pleasant outdoor courtyard that offers a selection of tea, coffee, hot chocolate, and pastries.

Looking to make the most of your trip to France?

Your Guidester™ personal travel guide takes out all the guesswork of planning your sightseeing, saving you hours of research and giving you the insider tips. Although this building pales in comparison to the nearby Palais des Papes, the Cathedral of Notre-Dame is still worth a visit. This beautiful 12th-century cathedral has a serene Romanesque interior. Inside the cathedral, there is an inspiring sense of space and intimacy.

In the crossing to the left stands a 12th-century bishop’s chair of white marble, and in the Baptistery early 15th-century frescoes adorn the walls. The frescoes portray the Baptism of Christ. On the cathedral’s exterior, a gilded statue of Virgin crowns the tower with her hands outstretched to welcome the faithful. One of the iconic sites of Avignon, the Saint Bénézet Bridge is a testament to the history of Avignon. The Saint-Benezet bridge was built in the twelfth century and destroyed several times by spates on the Rhône Ruiver.  The bridge was rebuilt, but finally abandoned in the 17th Century.

There is also an interesting legend associated with the bridge.  As the story goes, in the year 1177 the shepherd Bénézet was instructed by angels to build a bridge over the Rhône River.

The town’s founders and citizens mocked the idea. However, Bénézet was endowed with the strength to raise a giant lump of rock, which the townspeople recognized as a sign from God. This idea was further evidenced by the fact that the bridge was built in only eight years. The bridge remains in partial ruins, but visitors can visit parts of the once mighty bridge.

To the east of the Rue de la République, stands the single-aisled Church of Saint-Didier. Built between 1356 and 1359, Saint-Didier Church exemplifies Romanesque architecture with its thick stone walls and large nave that gives the impression of exceptional space.

This church contains one of France’s earliest Renaissance works of art, the Way of the Cross.  The work of art was created between 1478 and 1481 by the Italian painter Francesco Laurana. There are also remarkable 14th-century paintings, such as the depiction of Christ’s Crucifixion. Another noteworthy feature of the church is the Late Gothic pulpit with its flamboyant decoration style.

PrevPreviousU.S. Passport Rules Have Changed – Here is What You Need to Know
NextEssential Rome Travel Tips for First-TimersNext
How can Guidester help you?
We custom-build digital travel guides, so you can get the most from your trip to Europe.
Build My Guide 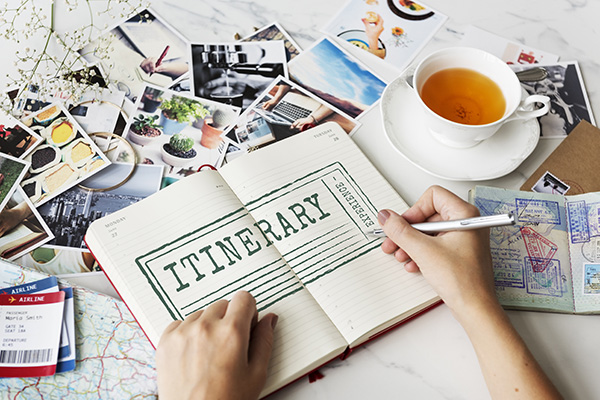 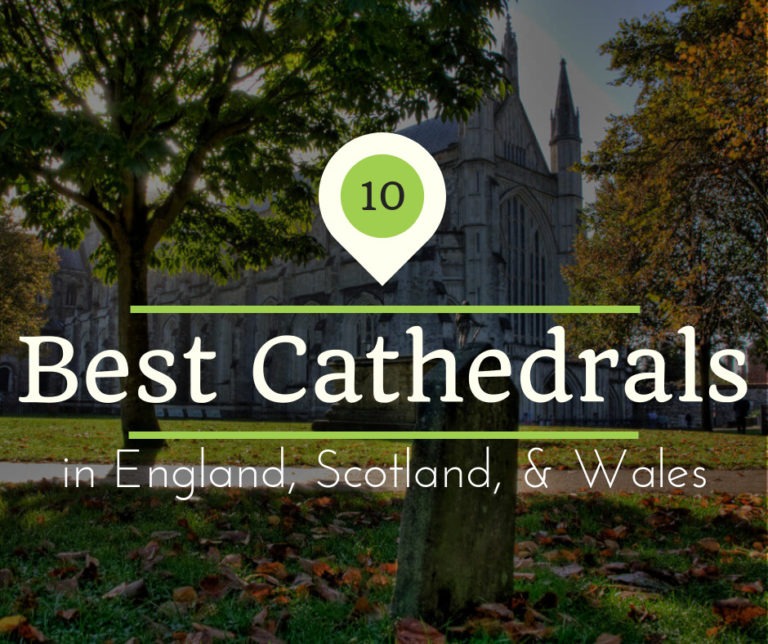 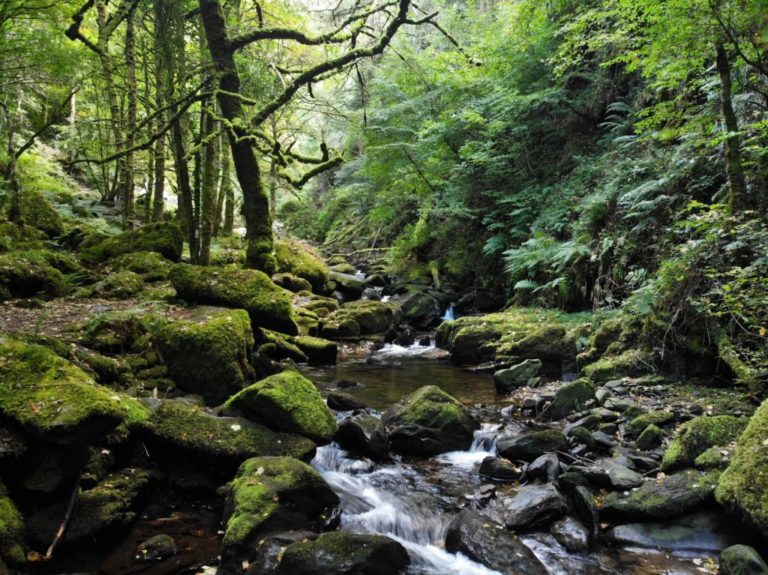