One of the greatest cities on the planet, London is vibrant and historic with something to offer every visitor. These are the 9 things to do in London that can’t be missed…with some top sites you might expect and hidden treasures you don’t.

But remember, no list of things to do can compare to a personal travel guide from Guidester. Leave it to the experts to curate a personal travel guide just for you — complete not only with expert recommendations on what to see and do, but also local dining, nightlife, getting around, cultural insights, and everything you need to make the most of your trip. 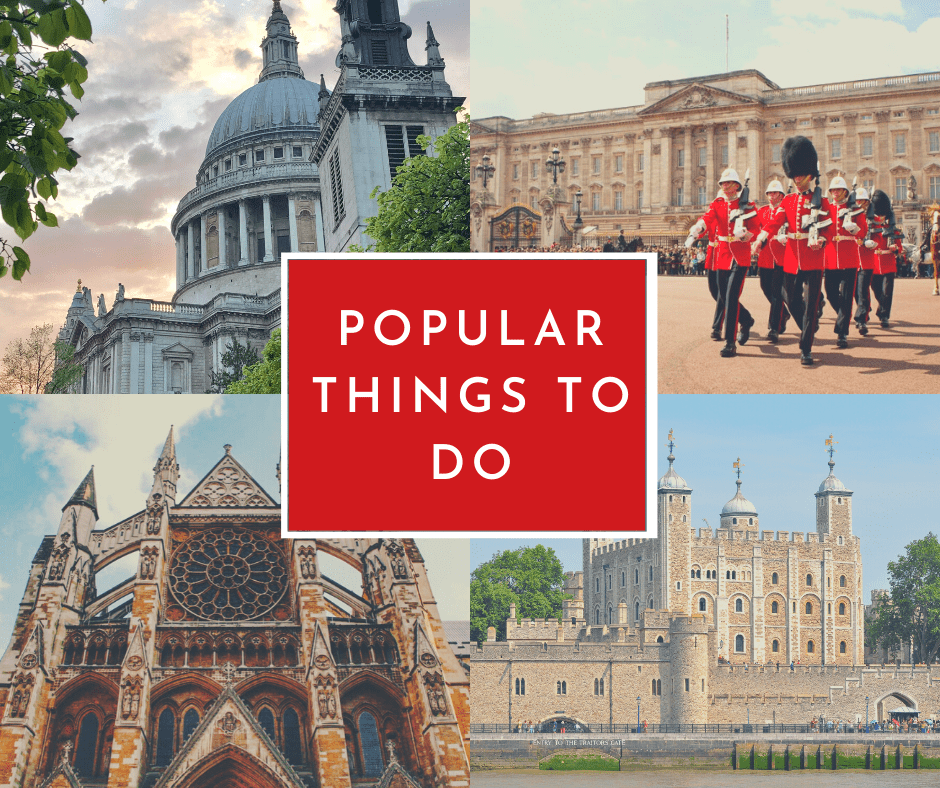 Constructed in the 17th century, St. Paul’s Cathedral is easily recognizable among London’s skyline and absolutely not to be missed. Inside this world-famous cathedral, you can marvel at its awe-inspiring interior and uncover fascinating stories about its history. Tickets allow you to visit the Cathedral, the crypt, and 3 galleries in the dome.

Climbing to the top of the dome for the best view of the city is a must! Buy tickets to the dome on the ground level.

The Guidester Difference: Many travelers will waste a lot of time and even more money on the London Eye…but your personal trip planner by Guidester would let you in on the insider tip to skip the London Eye and climb the dome at St. Paul’s for the best 360 views of London.

This remarkable 13th century Gothic church has served as the official coronation and burial place for English monarchs for hundreds of years. The Abbey’s history includes famous Kings and Queens, renowned poets and priests, and even heroes and villains were embroiled in its past.

Because there is history in every nook and cranny, we suggest an audio guide (free with entry) or the highly-popular verger-led tour.

Buckingham Palace…but not the inside*

British sovereigns have lived at this location since 1837 when it became the official residence of the Royal Family. It’s a splendidly decorative building and holds the Queen’s offices from where she carries out her responsibilities as the Head of the Commonwealth, and as the Head of State of the U.K.

*Buckingham Palace is only open to visitors select times between late July and September. If you’re in London for only 2-3 days, we recommend skipping visiting the Palace (we’ve got other suggestions if you want to see a grand royal residence), but instead check out the Changing of the Guard at Buckingham Palace – a display of British pageantry where the new guards take over from the old guards outside the palace.

The Changing of the Guard happens every Mon, Wed, Fri, and Sun at 10:45am.

Tip: The Changing of the Guard is very popular, so arrive early to secure your spot!

If you want to see the splendor of a royal residence, we highly suggest visiting Windsor Castle just outside central London – your personal travel guide from Guidester can help you get there.

The original purpose of this building was as a fortress in the time of William the Conqueror, but it’s more known for its use as a royal prison. Throughout the centuries key figures from history have found themselves in a cell here, with many executions carried out on royals such as Henry VI and two of Henry VIII’s wives.

To avoid the big weekend crowds and save a ton of time, aim to visit first thing in the morning on a weekday. If the ticket counters have a long line, head to the Welcome Center where the line is usually shorter – or even better – buy tickets online ahead of time through your Guidester personal travel guide and save 10%.

Read More: 11 Free Things To Do In London

Hidden Gems in London You Probably Don’t Know About

We know you want to see the most popular sites (I mean, they became popular for a reason!) – we also know that getting the most from your trip to Europe means discovering those off-the-beaten-path treasures and getting a richer cultural experience. That’s why your Guidester personal travel guide includes the top sites AND hidden gems that are hard to find on your own – all according to your personal interests.

There is no shortage of hidden gems, and these are some of our favorite things to do in London. 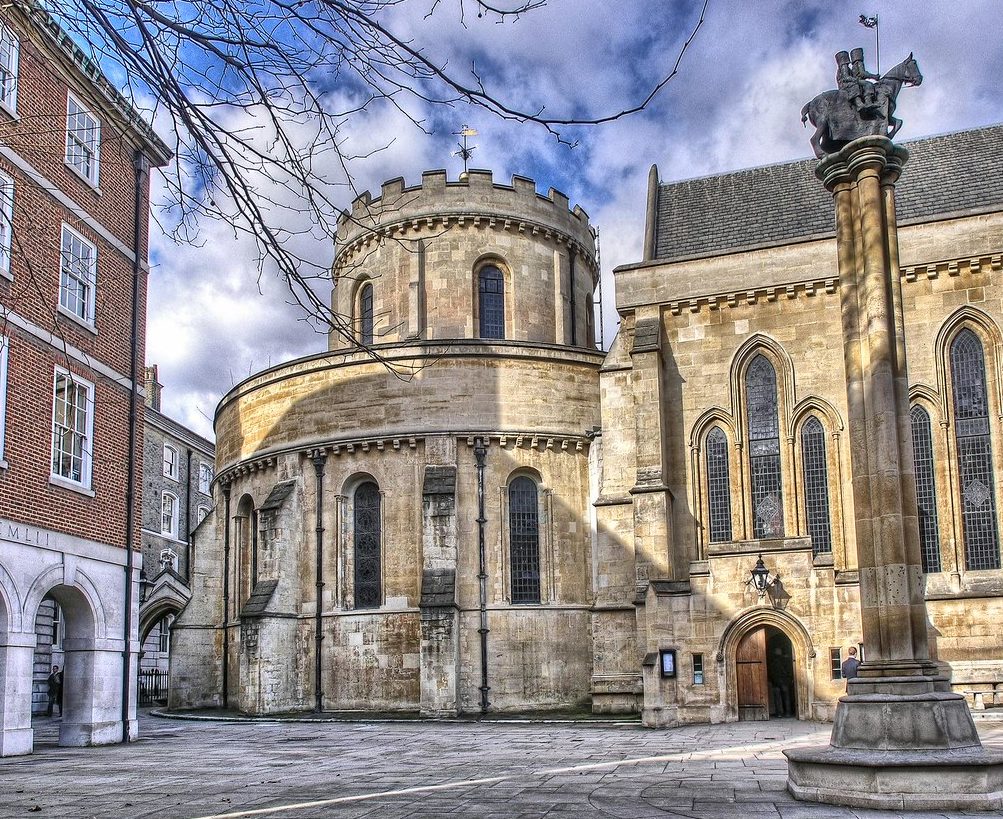 Temple Church lies ‘off street’ between Fleet Street and the River Thames and was built by the Knights Templar, the order of crusading monks founded to protect pilgrims on their way to and from Jerusalem. Built in the 12th century, making it one of the oldest churches in London, this gem is famed for its rare circular nave called “the Round”.

With so much to see in London, it can be hard to find places sometimes. With custom Google Maps, it’s quick and easy to find Temple Church with your personal travel guide from Guidester.

Tip: Make sure to take time to wander around the oasis of ancient buildings, courtyards, and gardens the church lies around.

Want to ensure you have an authentic experience in London?

Your personal, travel guide – customized just for you – is full of the London highlights you’d expect and hidden treasures you don’t! 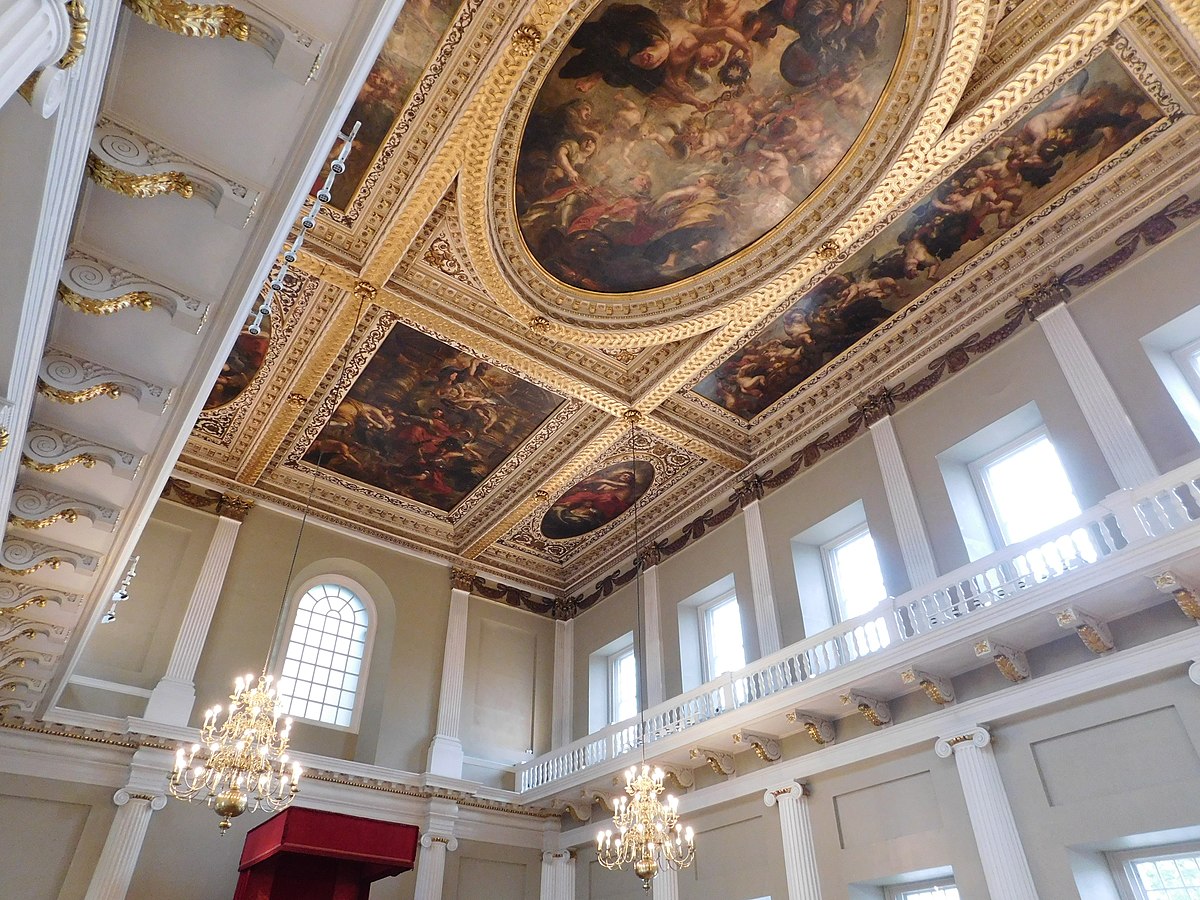 The Banqueting House is a total hidden gem for history, art, and architecture lovers. This beautiful testament to English architecture was the first to be built in the neo-classical style in Britain. It is the only complete surviving building of Whitehall Palace, the principal royal residence from 1530-1698 when it was destroyed by fire. It was also the site of King Charles I execution in 1649.

All Hallows By The Tower 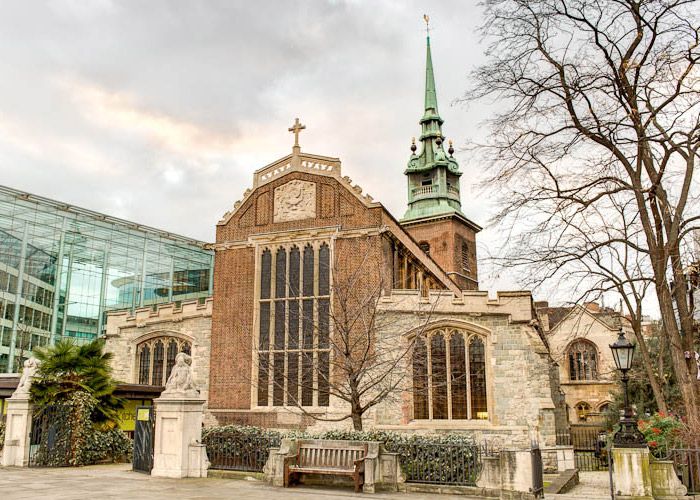 All Hallows by the Tower is the oldest church in the City of London and yet remains largely unknown even to many locals. It was founded by the Abbey of Barking in 675AD, 300 years before the Tower of London. An arch from the Saxon church can still be seen today.

Fun Fact! John Quincy Adams, 6th president of the USA, was married in All Hallows in 1797 and the Marriage Register entry is on display in the Undercroft Museum.

The Guidester Difference: Interested in ancient ruins but didn’t think you could see any in London? Your Guidester personal travel guide would let you know about the the crypt beneath this church where a 2,000 year old ancient Roman road was discovered and partially excavated in 1926.

Check out a recent guide to London 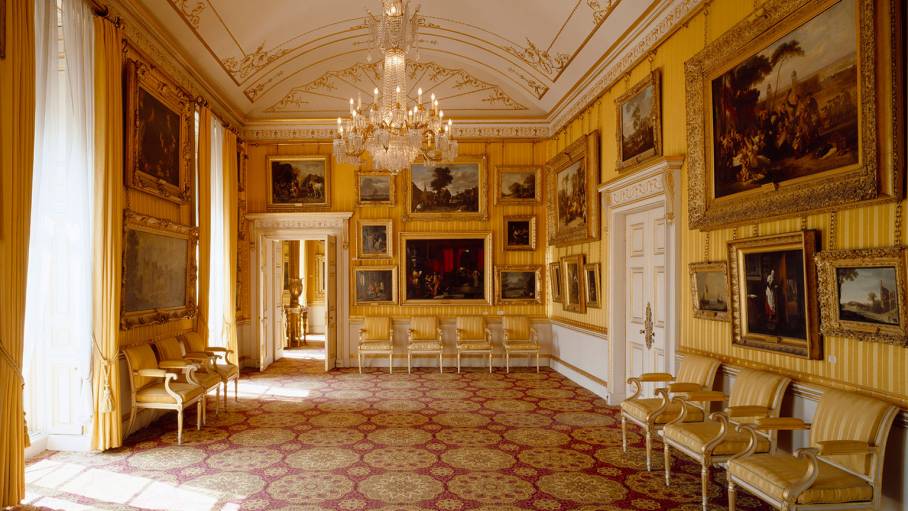 The Apsley House is a gem hidden in plain sight! This stunning example of Georgian Architecture and decor is the residence of the original Duke of Wellington, the commander who finally defeated Napoleon at the battle of Waterloo. This stately home and museum is full of artifacts from heads of European states grateful for his victories against Napoleon. 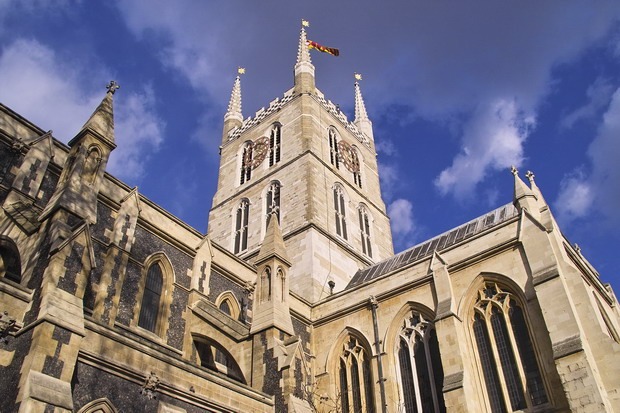 On the south bank of the Thames (just south of London Bridge) lies the oldest Gothic church in London, a gem dating back to 1220. Don’t miss the memorial window to William Shakespeare and the Harvard Chapel, a tribute to university founder John Harvard who was born in the parish.

If you’re interested in local and authentic market, Borough Market is close by and definitely worth checking out. Knowing what’s around is important to maximizing your time and getting the most from your trip – and your Guidester personal travel guide has it covered.

Cafe in the Crypt

It might be #2,077 on TripAdvisor, but Café in the Crypt should be at the top of anyone’s list who is seeking a unique dining experience. This simple dining establishment lies in an underground crypt beneath St. Martin’s in the Field cathedral.

Tip: Because of its location, pair this not only with ‘St. Martin’s in the Field’ but also with Trafalgar Square and the surrounding museums. 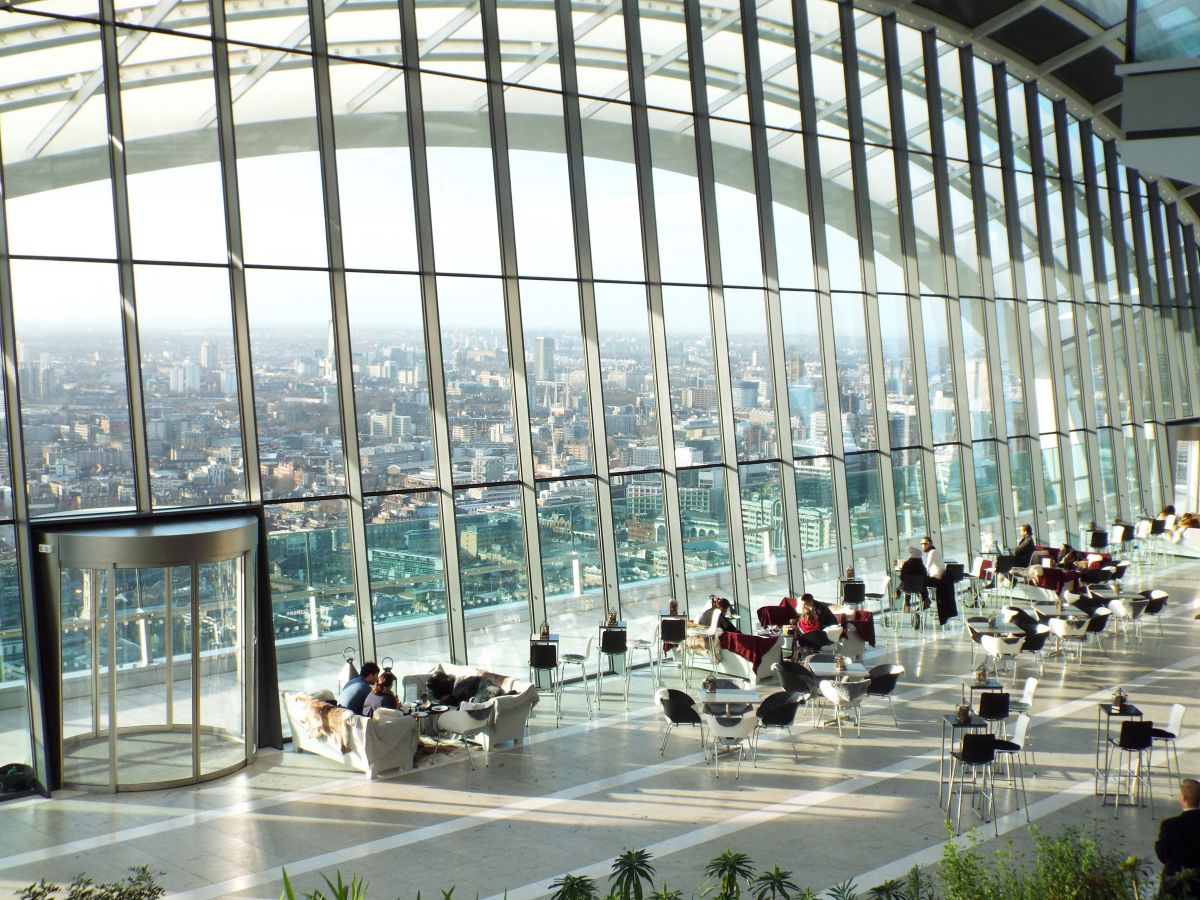 Sky Pod Bar is a café by day and cocktail bar by night offering the best views of the city from above. In the day, soak up the views with tea, coffee, light snacks and sandwiches; in the evenings it’s all about the extensive cocktail list and live music.

While this may not be considered a “hidden gem” because it’s well-known to Londoners, it is a gem that has so far largely alluded tourists…and it will quickly become one of your favorite spots in London. 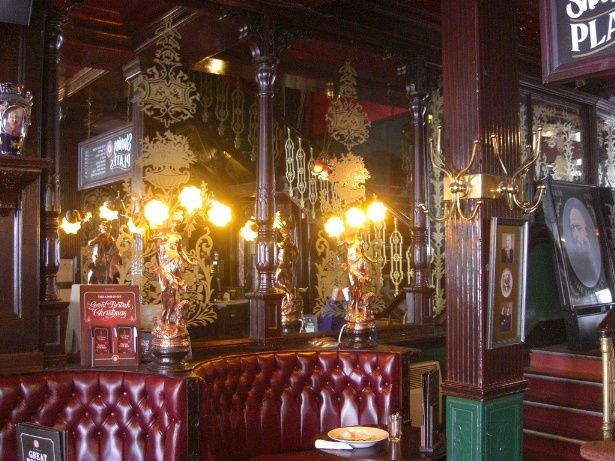 As Queen Victoria’s favorite London pub, this historic site sits at the heart of the West End, complete with beautiful Victorian decor of cut-glass mirrors, old-fashioned banquettes, and bronze lighting fixtures. A great pub to stop in for a drink and hot meal when exploring the West End of London.

Check out how Guidester can build you a personal, customized travel guide for your trip to London and elsewhere in Europe. 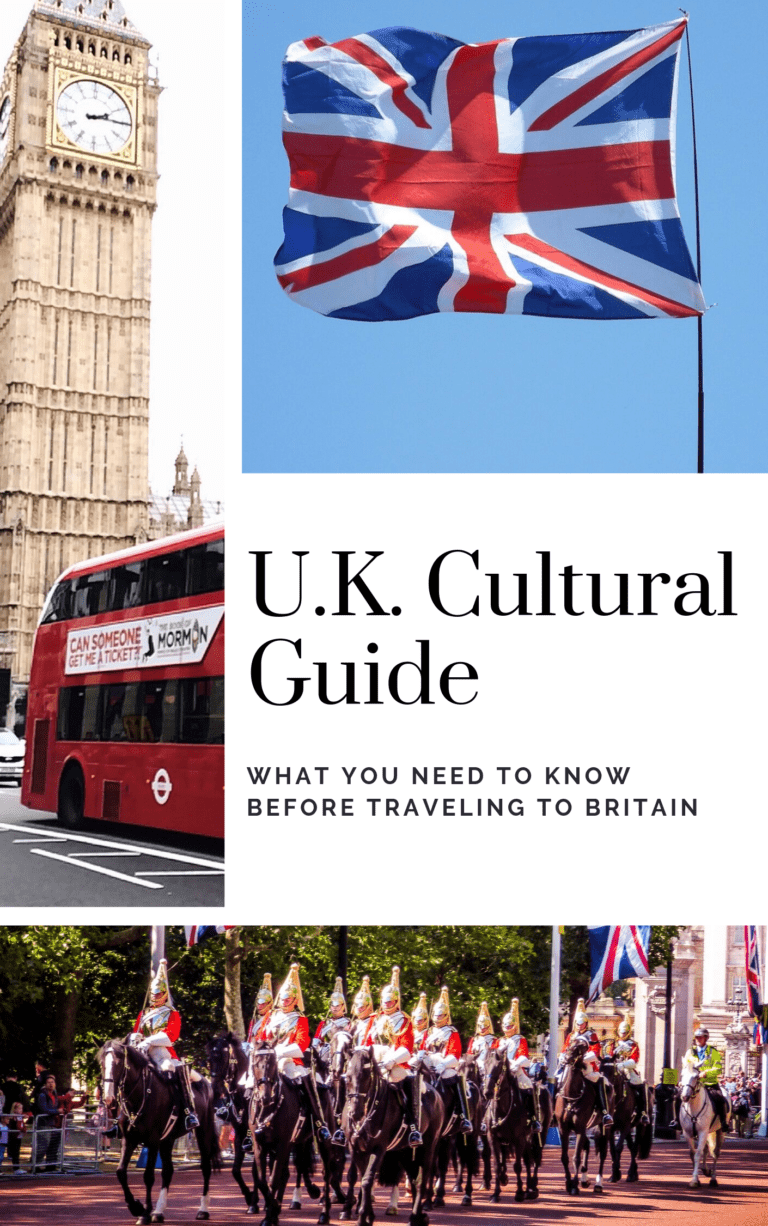 Get this FREE cultural guide to the U.K.

From tipping etiquette to the best way to withdraw money – these are the basics that all London travelers should know!

PrevPrevious8 Amazing Places to Visit in Bulgaria
NextThe 7 Best Wineries in TuscanyNext
How can Guidester help you?
We custom-build digital travel guides, so you can get the most from your trip to Europe.
Build My Guide